June of 2011 saw the opening of the Gary Roberts High Performance Training Center, located in the Fitness Institute on Sheppard Ave in Toronto.
My relationship with Gary goes back to 1986 with the Ottawa 67's, when I was the 67's Conditioning Coach.  In those 25 years I have amazing experiences with one of the games most dedicated athletes to physical conditioning.  Gary used that drive and dedication to a very successful NHL career with over 1,200 games played and 900 points.
Since his retirement he always knew he wanted to be in the hockey training industry, and in developing the GRHPT he wanted to make sure that everything was created to be the best - training-nutrition-treatment-coaching.  It all started back in the spring of 2010 when Gary and I started training over 25 NHL and OHL players at his home gym in Uxbridge Ontario.  Word spread around pretty quick with names like Stamkos and Skinner having the success they achieved after a hard summer of training.  Skinner particularly when he gave thank you to Gary and I at the NHL player awards where he won the Calder Trophy for rookie of the year.

Jeff had worked with me in Ottawa at the ACC since he was 15 years old on my take away programs, training on his own at home with his brother Ben.  With Gary opening his training facility in his home and being located so close to Jeff in Markham, he was able to continue under our program design and the excellent coaching, motivation and nutrition advice by Gary.
The growth of Gary’s success working out of his home grew very quickly, and we were soon trying to find a new location that would accommodate the interest in his program.  Finding the Fitness Institute was the best location for us to be and working together with the FI President Steve Roest, the GRHPTC was created.  No expense was spared on this facility.  Top equipment from Magnum, Sorinex, Perform Better, Twist Conditioning, Fitness Depot, along with an amazing artificial turf area resulted in an amazing facility.

The players lifted 4 times per week, completed plyometric, speed and agility work twice per week with Tony Scott, and had their nutritional concerns taken care of by Nature’s Emporium and Biosteel. 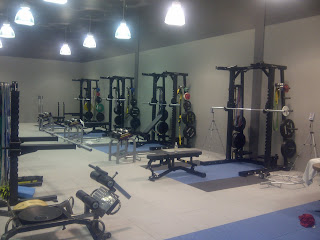 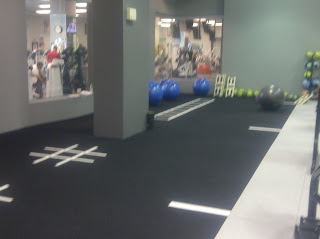 As you can see from some of the picture and video’s the athletes had an amazing summer and learned how important it is to be a good pro, and to do everything they can to be the very best.
Posted by Lorne Goldenberg at 16:58